Many children in Bow are exposed to toxic levels of pollution on their way to school. But after pupils created this fantastic pollution map of the area, 96% of children were walking cleaner air routes to school every day!

Pupils at four schools in Bow decided to create a pollution map which shows which roads are quieter with less pollution, and which polluted roads should be avoided. Cool World Consulting (CWC) was funded by Tower Hamlets Council to work with the pupils at the schools in the area, and CWC has now produced guidance for schools on creating maps, including all the resources you will need to deliver this project yourselves, which can be downloaded here.

The year 4 pupils had a lesson all about pollution (sources of pollution and what impact pollution has on health), then a few pupils conducted some pollution monitoring with ‘wearable’ monitors, to look at which roads in the area around the schools were more polluted than others. When they saw the results, they could see for themselves that the busy main roads were a lot more polluted than the quieter back roads.

Pupils then spent the second half of the lesson drawing pictures of their favourite places in the local area for the map, with everything from cafes and parks to fast food restaurants and supermarkets featuring in the children’s drawings. 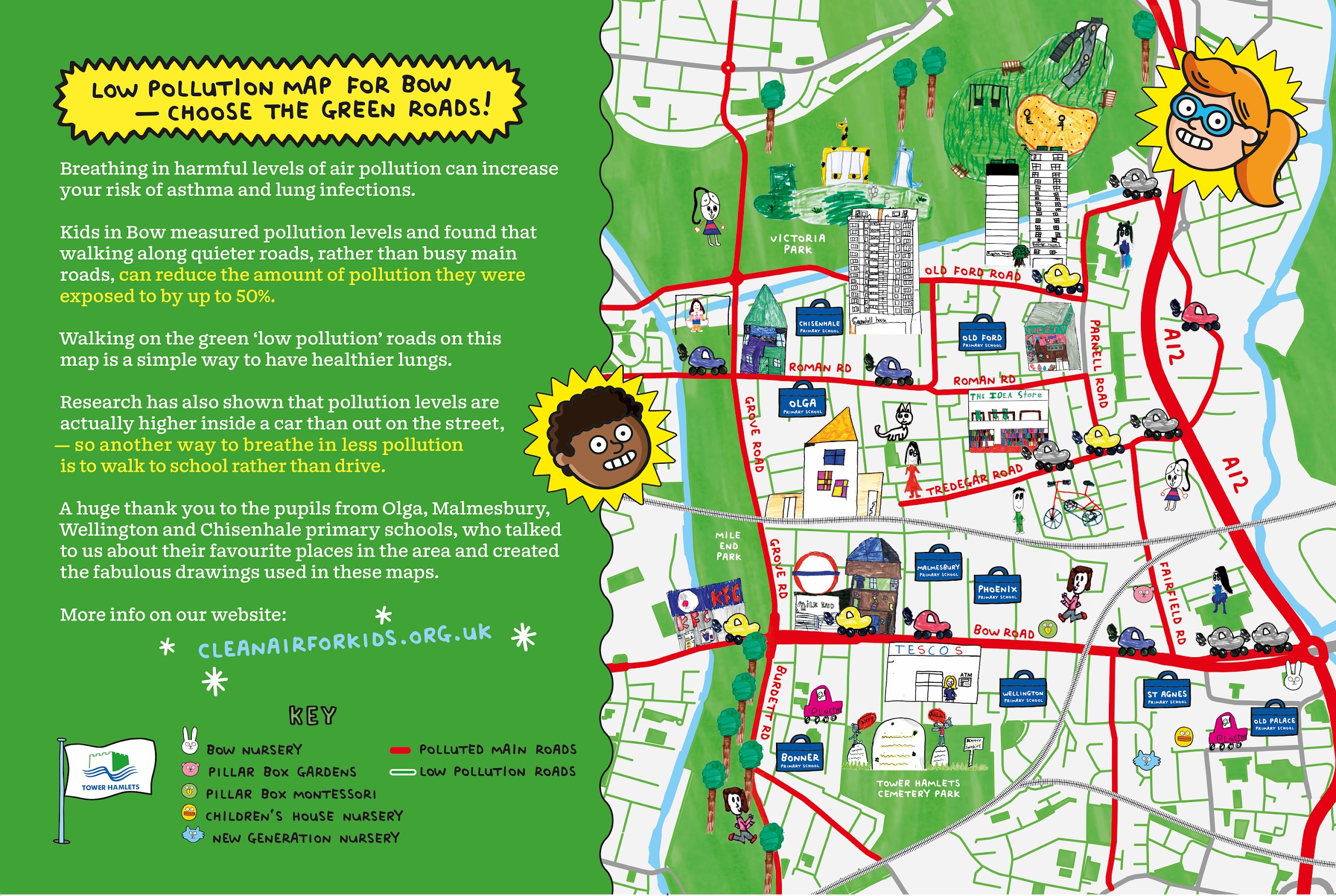 A designer used London pollution maps created by Kings College London to identify which roads should be coloured red if they have dangerous levels of pollution, and green if they are quieter and cleaner. The children’s drawings were then layered on top, creating a unique and iconic map of their area.

Illustrations of a ‘smog man’ character and ‘superwalker kids’ were created by the talented children’s book illustrator, Al Murphy, for this project and are used on banners of the maps that have been put up at schools, to remind families every day how to ‘beat the smog’. These characters can also be downloaded by schools. 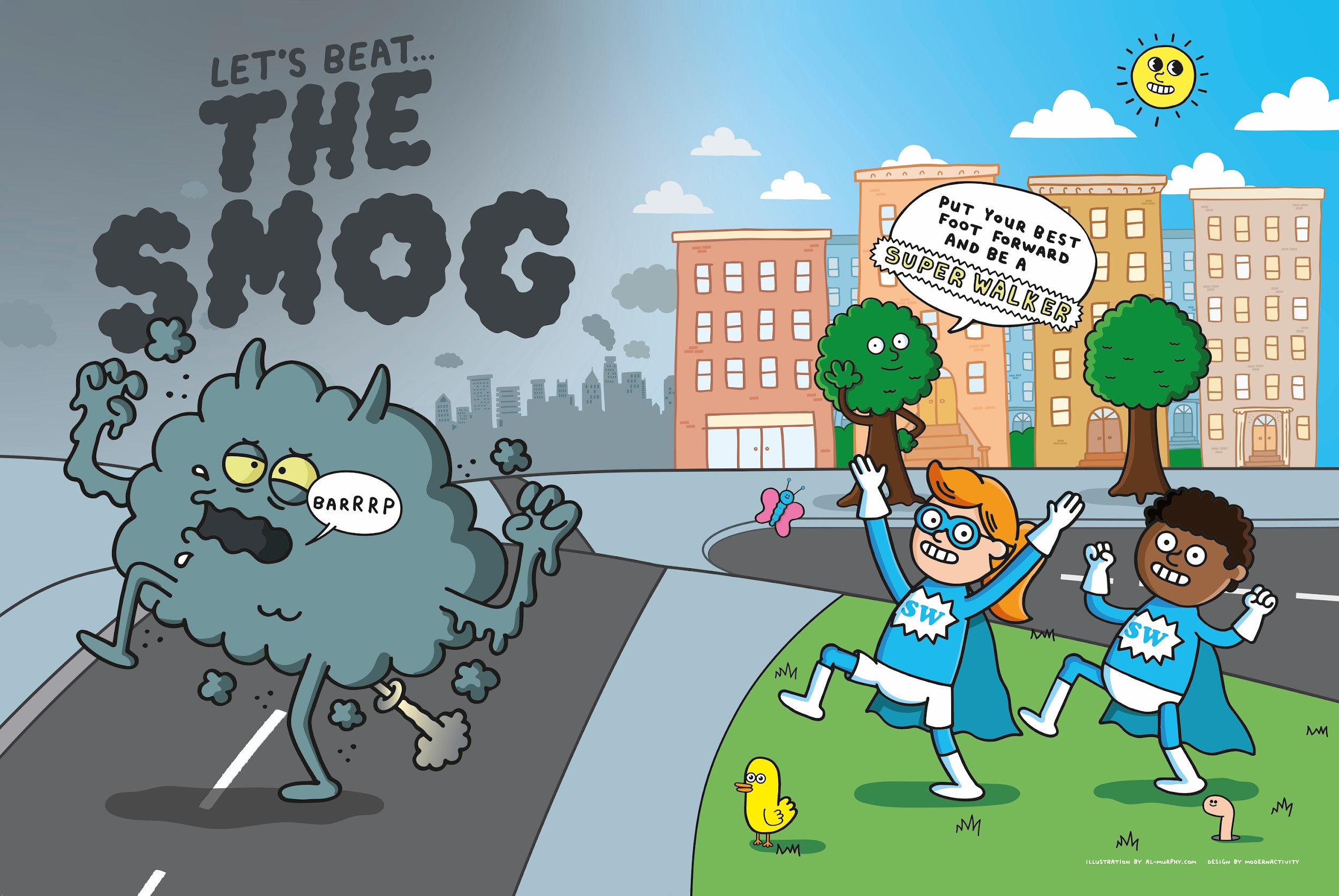 After the campaign, 96% of pupils who walked to school were choosing low pollution routes. During the evaluation week, every child who had walked quiet roads to school was given a ‘Super Walker’ sticker which was created for this campaign.

Also, take a look at Living Street's Walking Zones lesson plan to involve students in the process of setting up a walking zone.

The Low Pollution Maps teaching resource is designed to help your students learn about low pollution routes to school and create their own low pollution map to support healthier journeys to and from school.

This case study was provided by Cool World Consulting.