No school is an island – the importance of community action for clean air
Posted by : Clean Air for Schools

Parents and teachers had raised concerns about traffic levels and road safety around Chestnuts Primary School in Tottenham, Haringey. The school is located at the corner of a B-road and a busy residential road, used as a cut through for commuters. A recent traffic study showed that over 11,000 cars pass the school each day: 80% of those journeys were over legal speed limits.

The reception playground was an area of particular concern as it is situated directly next to the two busy roads with no barrier and the school was aware that young children are especially vulnerable to dirty air. Parents reported a number of near road collisions with children trying to cross the road to school, including incidents of drivers not stopping at the pedestrian lights outside the school gate. Parents and the school were keen to take action but were clear that they wanted to tackle air pollution at its root cause.

Firstly, an environmental group was set up to look at sustainability across the school. The group set up a stall by the school gates one week to ask people to map areas where walking and cycling routes could be improved around the school, and to gather ideas for reducing traffic around the site.  The group also put up posters to promote their work and to get more parents involved. The school was conscious it was not an island, and that there are a high number of schools in the local area, so they reached out to other parents to see if other schools were also facing challenges.

In early 2020, the group attended a workshop organised by their local Healthy Streets group and asked if the schools' suggestions could be included in a plan that the group were preparing to improve streets in the local area. The plan was shared with Haringey Council, and ideas from the plan were included in a bid to TfL for an area-wide scheme to reduce through-traffic in the local area. 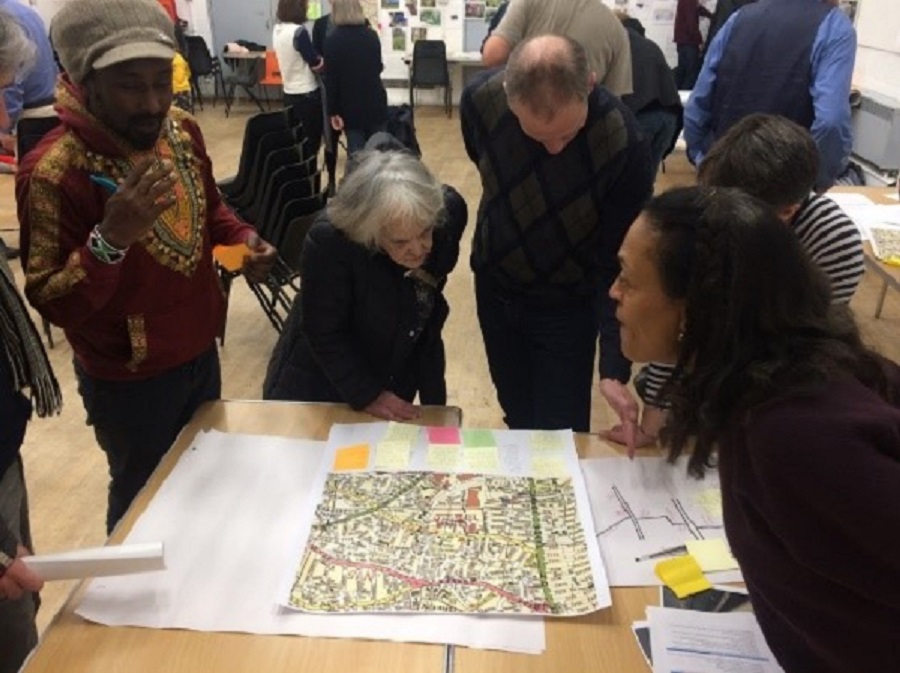 As a result of concerns raised by the school on road safety, a school street was installed in November 2020. Shortly after this, £300k funding was secured by the council for a scheme to reduce traffic in the local area and to create safer walking and cycling routes across the schools in the ward. The ideas the school shared in their mapping are also being included in the borough’s walking and cycling action plan. Parent networks can be a great resource for taking action, and collaborative thinking across neighbourhoods can deliver real change in your local community.

Take a look at the School Streets Initiative, which provides accessible information and guidance to empower local communities who want to see School Street schemes implemented.

The 'Mums for Lungs campaign toolkit' provides examples of school streets and they have useful letter templates for community groups campaigning for road closures.