A school street in Southampton!
Posted by : Clean Air for Schools

St Mary’s CE Primary School is a city centre school in Southampton with over 600 pupils and 60 staff. Golden Grove, like many roads outside schools, becomes dominated by cars at pick-up and drop off times whilst many local families attempt to cross the road as safely as possible.

The school and parents were concerned about the safety of the children and wanted to see changes such as a zebra crossing, which parents had started to petition for. A residential block of flats situated opposite the school gates had to be taken into consideration for any road closures or permanent changes so that resident access was not blocked.

St Mary’s were one of 40 schools across the UK taking part in Sustrans School Street project in March 2019. The school was subsequently invited to be part of a legacy scheme to change the space outside the school aiming to create a safer and friendlier environment and improve air quality.

Two further road closures followed in July and November, with pupils, staff and families enjoying the vehicle free space. In partnership with Southampton City Council and Balfour Beatty, consultation took place with the school community and local residents. Possible solutions were shared with stakeholders before being finalised.

The final design features retractable bollards controlled by the school caretakers, which closes a section of Golden Grove to vehicles for two 45-minute periods during term time. The residents’ car park opposite has also been reconfigured. This legally enforced closure allows those families who walk, cycle or scoot to school to do so in a safer space as they arrive at the school gates. 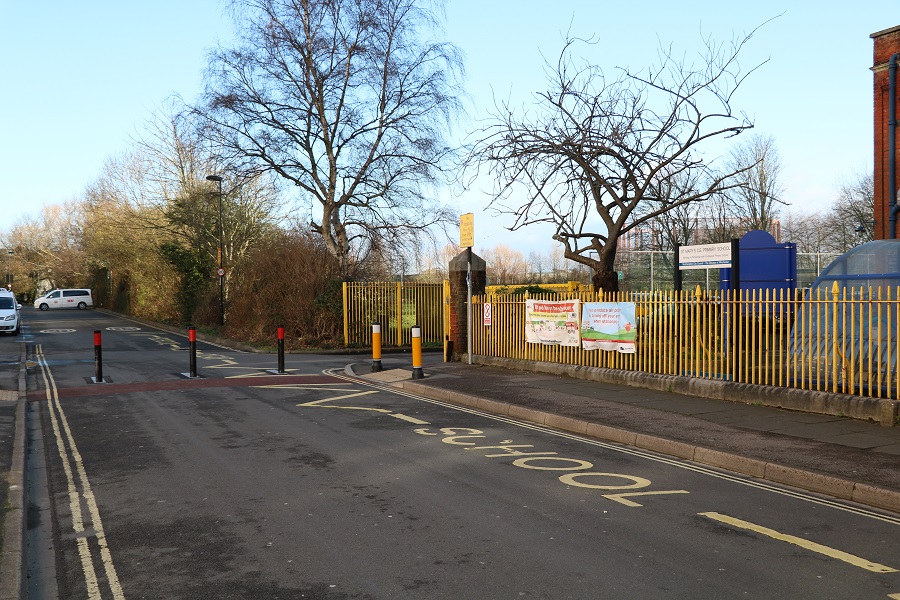 The timed road closure was used for four full weeks, until March 20th 2020 when schools went into lockdown. During the first week of the bollards being used, Sustrans and the council worked closely with St Mary’s staff to monitor the impact during the school run and engage with parents about the scheme.

During the lockdown period, the school only had a handful of staff and pupils on site, so it was not deemed viable to use the bollards. Since the start of the September term, the caretaker has returned to his duty to enforce the road closure using the retractable bollards. The school have said that the timed road closure has helped to support social distancing during their staggered school run of over 600 pupils. The monitoring of the project from Sustrans and Southampton City Council continues. They plan to speak to parents, pupils, staff and residents in the coming months to help the consultation of the implemented infrastructure.

The timed road closure is still in a trial period. There is an 18-month window to trial the infrastructure before a decision is made as to whether it will be made a permanent fixture.

“We are absolutely thrilled to have the road closure outside of St Mary’s to ensure our pupils and their families have a safer journey to school. Our parents have been really supportive of the long term closure and have already noticed how much calmer the children are when they arrive at school. We hope this will encourage more families to walk, scoot or cycle to school.”
St Mary’s School travel champion, Donna Berry 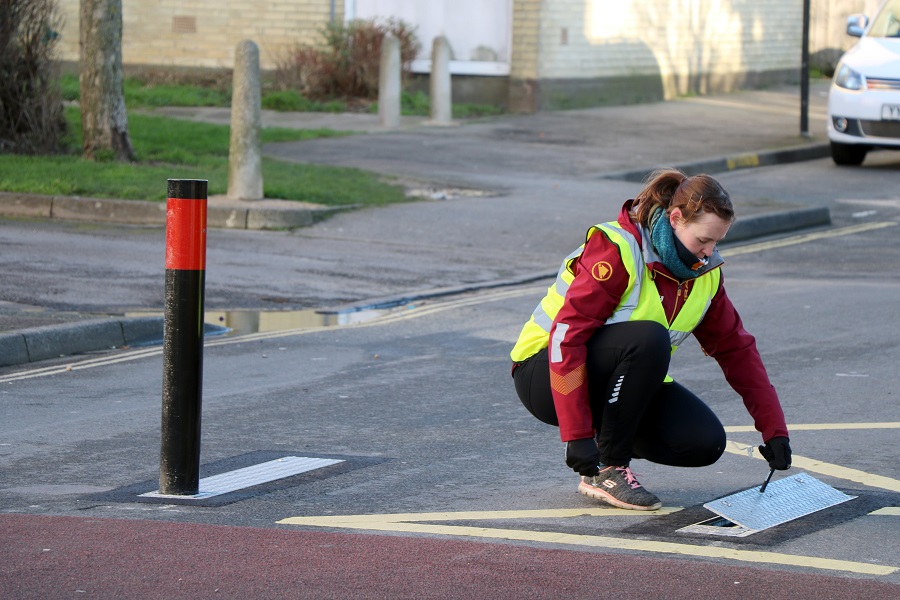 The 'Hackney School Streets Toolkit for professionals' is a detailed guide to setting up a school street scheme, ideal for working with local authorities.

The 'Living Streets School Streets toolkit' is a guide to creating car-free school streets, ideal for teachers and community members.

The 'Mums for Lungs campaign toolkit' provides examples of school streets and they have useful letter templates for community groups campaigning for road closures.

This case study was provided by Sustrans and Southampton City Council.