The Teeny Tiny Turtles competed in Action for Conservation’s WildED competition in summer 2019.

The Teeny Tiny Turtles (also known as Tytherington School) focused their WildED project on protecting oceans and raising awareness about the effects of single-use plastic on marine ecosystems.

Their project comprised both hearts & minds and hands-on actions; they organised two beach cleans, wrote letters to three large supermarkets to campaign against their single-use plastic usage and ran an assembly at Parkroyal Community School with over 400 students. During the assembly they shared a video they created that included a rap from one of the team members. The team created a logo and an Instagram account to share their message even further. Their Instagram account, which is still active, can be viewed here. 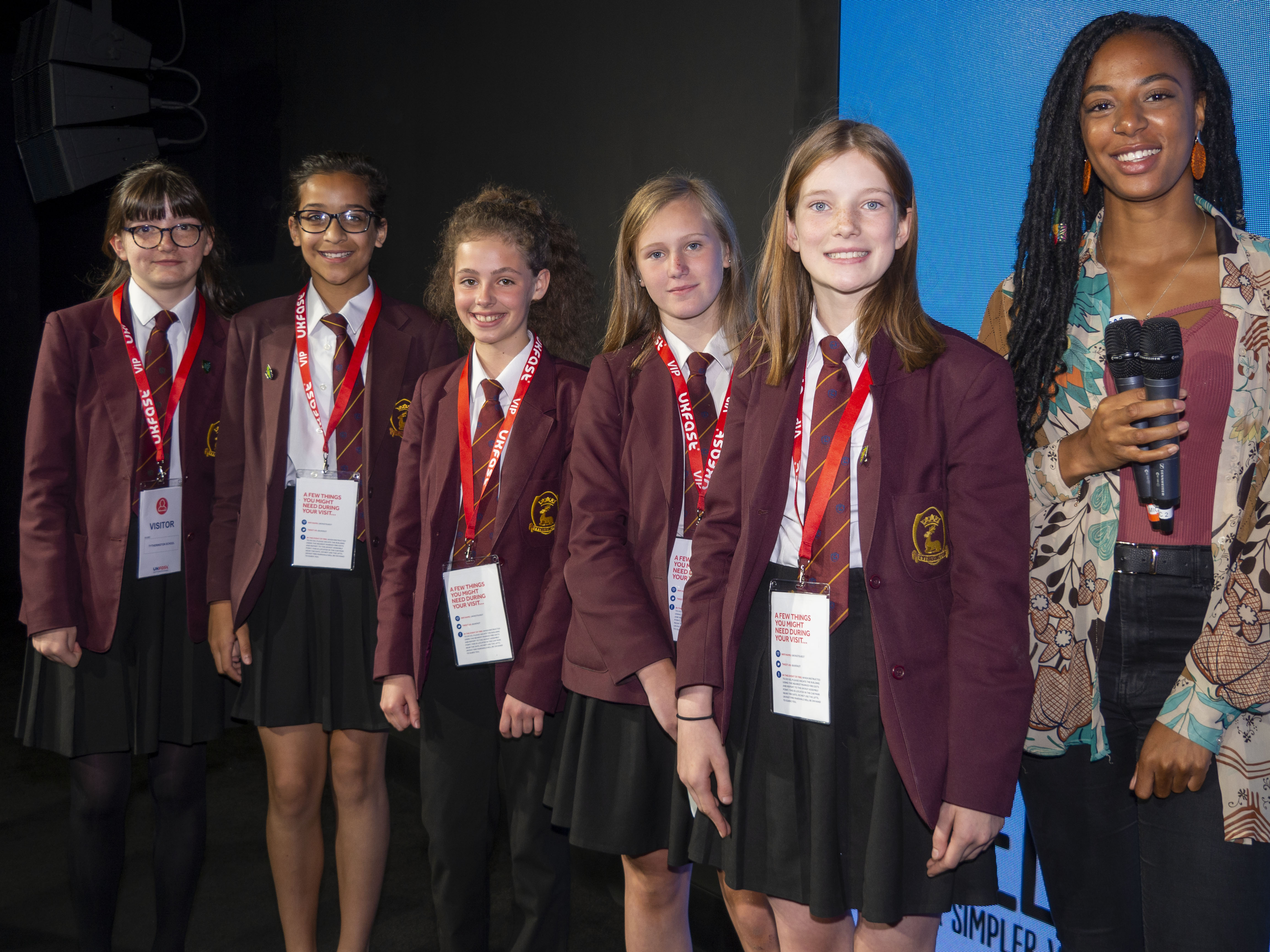 The Teeny Tiny Turtles were motivated by their personal passion for the ocean and marine life. Whilst they initially focussed their project solely on protecting turtles, they eventually broadened their project aims to focus on all marine life. They used their Instagram account to share images that they hoped will motivate others to make lifestyle changes and better understand the impacts of single-use plastic.

Whilst the group originally planned to protest against single-use plastics by putting up posters around the school, they realised that it would be more effective to focus their efforts on one of the main sources of plastic pollution: supermarkets. By tackling plastic pollution at the source, they were able to have a much bigger impact.

The group plans to raise money to symbolically adopt a turtle from WWF by organising a bake sale. If they have any remaining funds they will donate it to the Sealife Trust. Two group members have also applied to our autumn conservation camp to continue building the skills and knowledge needed to take their project to the next level. One of the applicants hopes to set up a small social enterprise selling bracelets to raise money for a marine charity.

“I learnt more about plastics and how it affects daily life. This helped motivate me to become vegetarian - I wasn’t allowed to as my parents were against it but I convinced them into letting me become pescatarian!” Student, Tytherington School