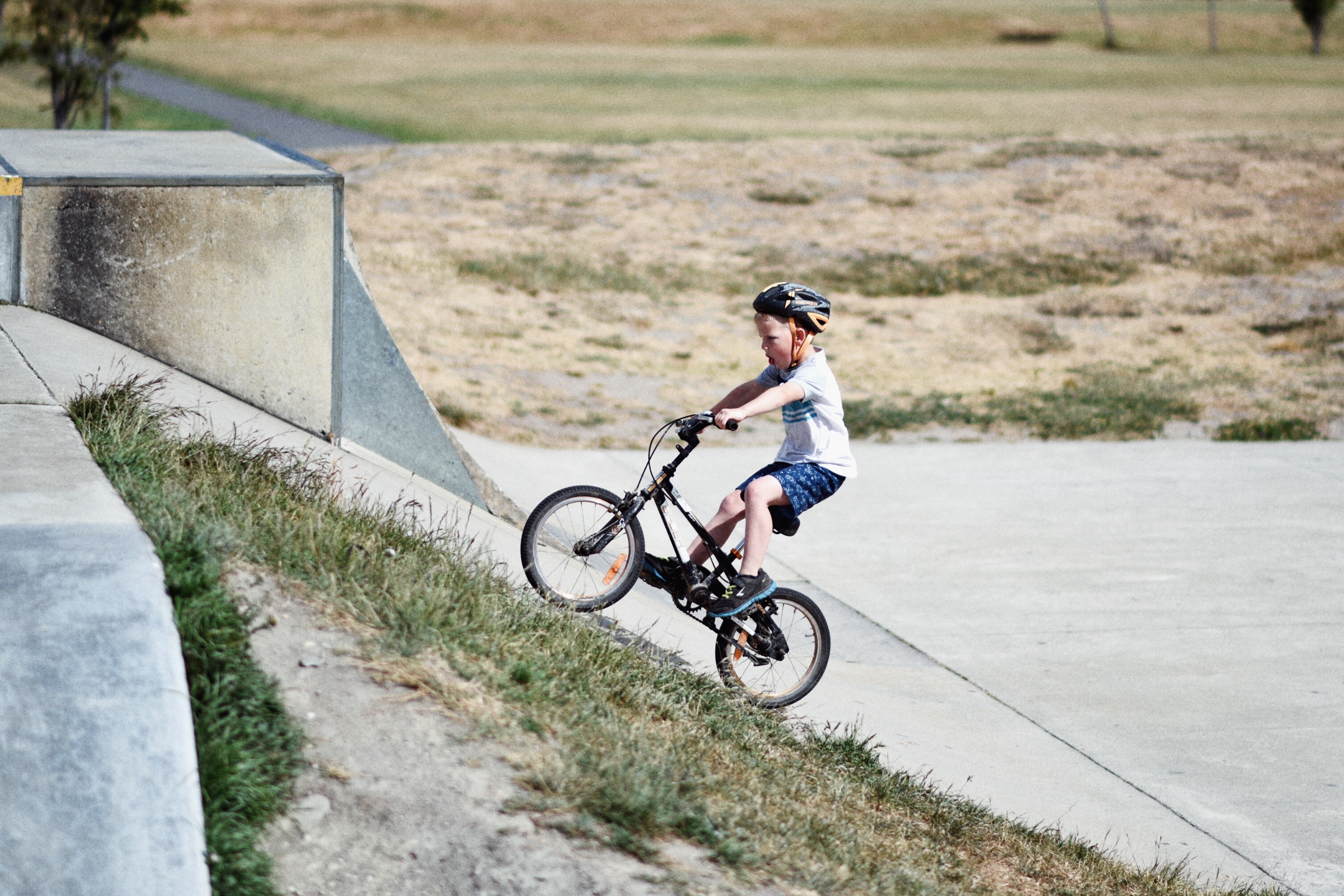 I will never forget the time I hurtled down the road through Glen Coe in the driving rain on my bike with fully loaded panniers. It was back in the early 90s and I was cycling from Lands End to John O’Groats with my friend Simon. Glen Coe felt otherworldly as I raced past, screaming at the top of my lungs, and I could feel the spirits of Clan MacDonald cheering me back. I prayed that no car would get in my way because I wasn’t at all confident in my brakes. As I think back on this now, there are many things that I could criticise my younger-self but in truth, the only thing that I really care about is the memory. And it is pure joy!

I have loads of cycling stories and not one of them is an elite level, championship winning story. In this blog, I want to reflect on this aspect of cycling that we often miss in sustainable schools discussions. Namely the stories that cycling creates for each of us. My love for cycling, like many, started as a child. My first racing bike, a Raleigh Arena, is still to this day one of my best presents. My wife says the same thing about her first bike as I’m sure do many adults. I had adventures on my Raleigh Arena. I had fun. I felt free. And it gave me stories to tell. And whenever I have been in a ‘lean cycling’ period it is cycling stories that soon get me back onto the bike.

Recently, my bike has become its own story and the subject of some ridicule amongst my friends! The fact that it got me around an Ironman (second time of asking) made no difference. So about a year ago I decided to do something about this. I decided to rebuild it. To turn my bike, as sustainably as possible, into a two wheeled green-dream machine.

For my very first task I decided to remove the bike’s seat-post which had become stuck. Really stuck!  After a very long time and multiple YouTube videos I gave up and sawed it off. I basically beheaded my bike. And it was only then that I realised how much I liked it! I told myself that the frame weighed too much anyway, it was an accident waiting to happen and nothing lasts forever etc etc.

And now we are in Lockdown. COVID-19 has arrived. My bike bits are clogging up the shed and there is not much chance of buying a new bike at the moment. To make matters worse, my friend Mark gave me his old turbo trainer – worth a gazillion times more than my bike ever did. And I couldn’t use it. The perfect training tool for a lockdown just sat there taunting me and my rubbishness!

Luckily for me, Grandad Kelly taught me the art of unpretty, yet bomb-proof, repairs. A hammer, various screws, some allen keys and lots of duct tape later and hey presto. My bike is re-born. But only for life on the turbo trainer. There is no way I’m taking it back on the road.

My other Grandad, Grandad Crabbe will be turning in his grave about now. This is a man who maintained his bikes like a religion – and never with duct tape. He used to cycle from Weymouth to Herne Hill Velodrome. Race. Then cycle home!

My friend Matt is Grandad Crabbe’s lovechild. He epitomises the word élan’. He is the fastest, tallest, trendiest and most knowledgeable cyclist I know. He has taught me to love and respect the sport as well as the pastime. And I’ve realised that the sport of cycling is its own soap opera. At the heart of most of this drama, I suspect, is competitiveness and money. This is often the story in sport today. And it is one of the reasons people love it. But it can also make for boring and depressing stories. When I think about Grandad Crabbe cycling (and he cycled up until he was 80) or when I watch Matt cycling today I see something else. Intangible but beautiful. But it makes me want to get on my bike.

Cycling forces or encourages us to engage in life but it’s results are not always what we expect.

When Mark disappeared during the Bolton Ironman from the ‘live athlete tracker’ we hoped it was a technical issue.  Three hours later Marcus and I found out that he’d crashed badly, smashed up his shoulder and was in the Royal Bolton hospital.

It’s true that cycling can be dangerous at times. It can hurt. It can be expensive. It can be frustrating. But it can also be amazing. Life-enhancing. And Mark is an example of that. He has now recovered and completed a couple of subsequent Ironmen!

Many Londoners seem to agree. There has been a huge resurgence in cycling in London over the last decade. And, as I mentioned in a previous blog, I’ve definitely seen more children on bikes during lockdown than in a long time. But London is still generally not a cycling city. It is a great city if you are a confident cyclist but it is definitely not great for children or less confident cyclists. TfL have made huge inroads into this situation, supported by the current and previous Mayors, but the fact remains that cycling is still generally seen as hazardous to a lot of people.

The project I want to promote today, Sustrans Big Pedal, aims to change this. We should be smack bang in the middle of The Big Pedal 2020 now but due to COVID-19 it has been cancelled for this year. Nevertheless, it is such a fantastic project that I wanted to recommend it anyway. And one of the main reasons I love it is their ‘can-do’ attitude. Sustrans don’t focus on all of the problems that might stop people cycling. They think about what they can do, here and now. And then they make it happen. Sustrans is a national organisation but it plays a big role in London schools (alongside the equally brilliant TfL STARS awards). Their work with London schools is absolutely amazing. And they are creating some truly inspiring stories of their own with young people and with adults.

You may not have noticed but my blog is full of stories of white males. This probably says more about me than cycling. Sustrans refuse to engage in cycling stereotypes. It is inclusive to its core. Age, gender, ethnicity, ability are just background information not barriers. They believe that everyone should have the chance to create their own stories from their bikes. I recommend that you visit their Big Pedal page. Browse through their website and read some of their own stories.

London Sustainable Schools Forum are launching their most reflective project yet: Doorways. The Doorways project aims to support schools and those that work with schools to consider how to develop a more sustainable approach. They will be promoting great free school resources based around the following eight themes (doorways): air; energy; food; local well-being; school grounds; travel and traffic; waste; and water. These categories are a ‘mash-up’ of ideas from previous sustainable schools work and the eco-schools categories. The specific ‘doorways’ are less important that the idea behind them. Namely, that it's more important to get started on one area and do it well (i.e. as sustainably as possible) than worry about ticking every box. 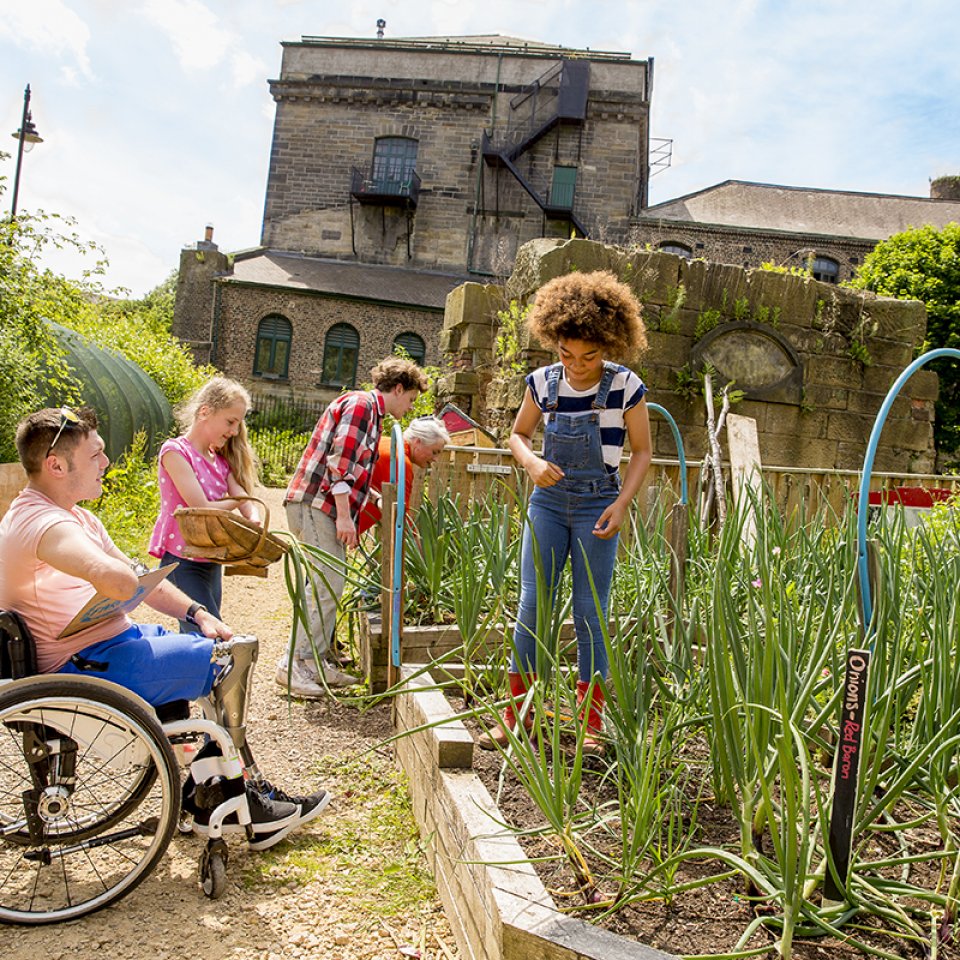 When you get back to your classroom, get outside! - a blog from Doorways
Posted by : Martin Crabbe
TAGS : climate 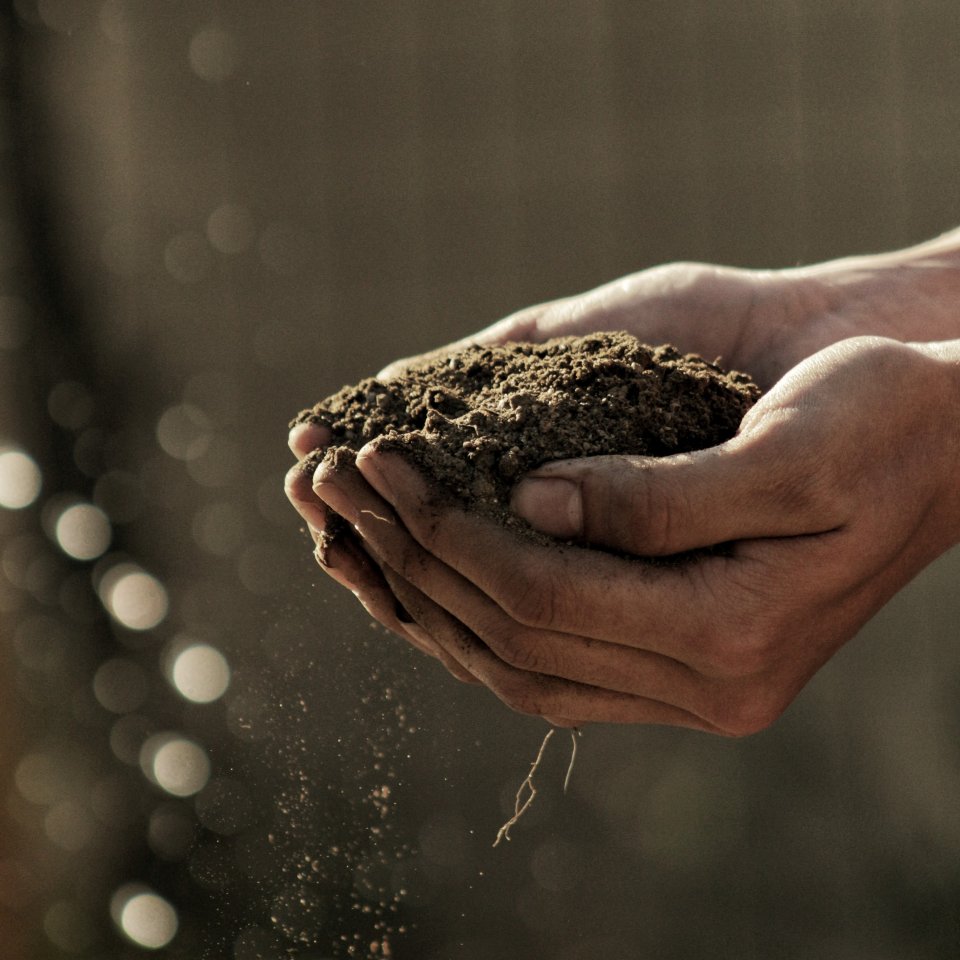 Dig where you stand. You are not alone! - a blog from Doorways
Posted by : Martin Crabbe
TAGS : values / wellbeing 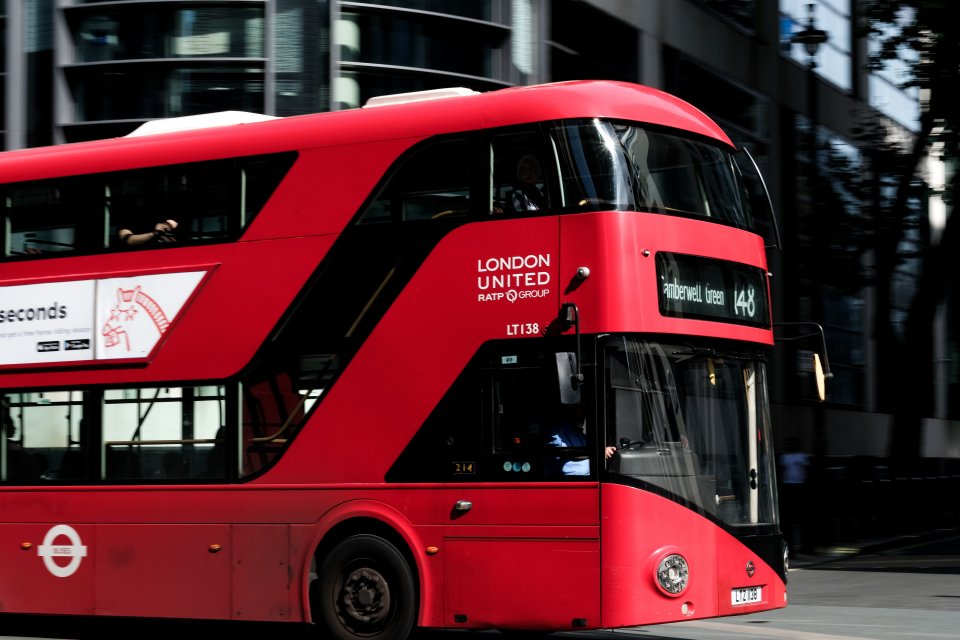 The energy behind London’s driving forces - a blog from Doorways
Posted by : Martin Crabbe
TAGS : energy 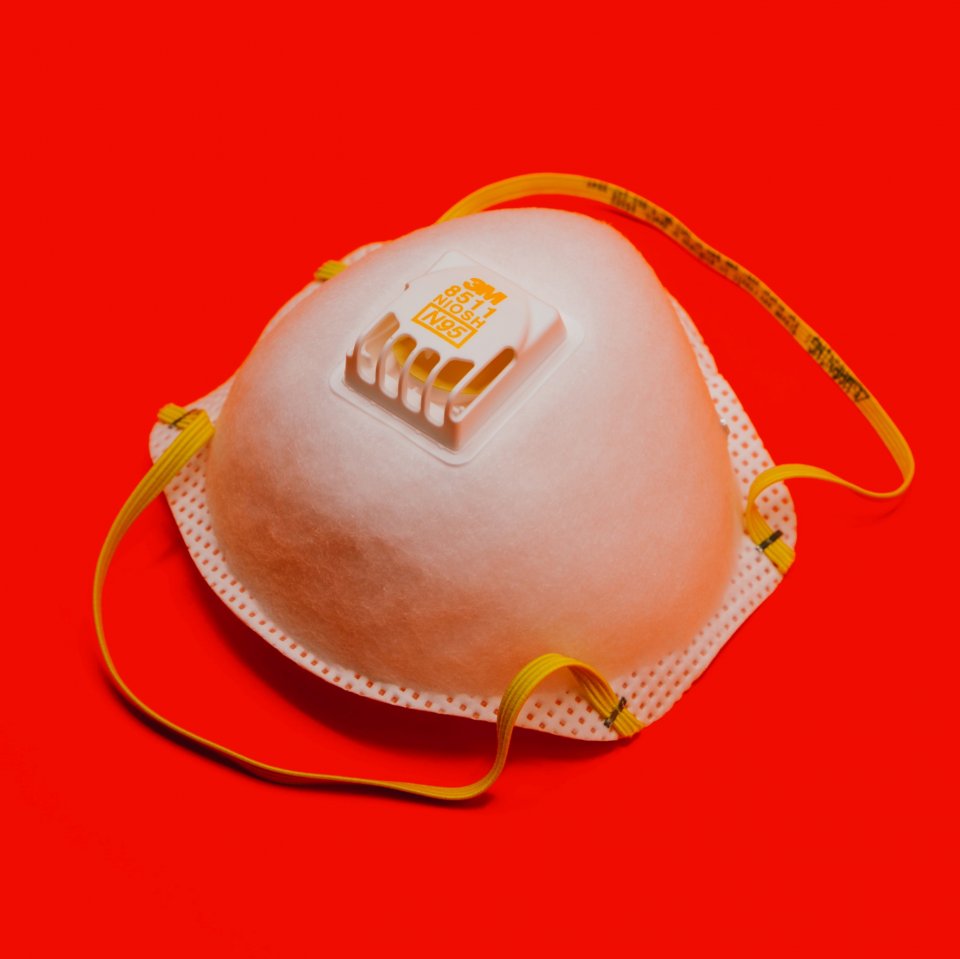