In the run up to the Easter break, the Green Queen’s Eco Team at Fairfield High School in Bristol have been working hard on their projects to improve the sustainability of their school.

This group is fairly small compared to some other Transform Our World groups, and so very early on they decided to design projects that would work well in synergy together, rather than focusing on entirely separate issues.

In total the group has been working on 3 different projects;

Throughout working on these issues, the different project groups have often supported each other with ideas and practical help and as a result they have all made brilliant progress and are well ahead of schedule in many areas.

During a recent session, the group reflected and interviewed each other about their progress so far, and why they chose to focus on their chosen projects.

Eleanor: So what are you doing in the school to help with the littering problem?

Edith: So, so far we’ve sent out a survey that quizzes students on how much they think the student body litters, if the bins are well spaced enough, if they overflow, because a lot of the time they overflow.

Eleanor: Yeah, I’ve seen that in the school.

Edith: Yeah it’s a really big problem that everyone knows about, but nothing has really been done.

Eleanor: So how are you stopping this that?

Edith: So we’ve got the bin survey now… and we’re going to use the evidence and information from it… and we’re going to try and rearrange the bins and see if we can put them in places that students actually congregate in a lot more… we’ve also got some posters which I think are absolutely great!

Another issue that came up during the interviews was the way in which they sometimes felt that while staff were keen to listen to their thoughts and ideas, these could get altered beyond recognition when the school actually tried to put them into practice, meaning that they still sometimes felt like their input was not really being heard.

Eleanor: So what do you think the problem is?

Edith: I think the problem is it [the placement of bins around the school] was designed by teachers, and teachers just aren’t the ones who are using it.

Edith: Yeah, because the students didn’t have any say at all, and there have actually been a lot more bins since COVID and no one’s really noticed. That was one of our questions [on the survey] and the vast majority of people hadn’t noticed because they’re just not spaced out well enough.

Eleanor: Yeah I agree that the student body needs more say in these things, like playground design… I feel like the teachers do need to listen to the students a bit more, because, for example the bins, and the project we’re doing right now, you know, it really helps the student body since it’s designed by students

Edith: I think teachers often sort of get ideas [from students] and then think, “oh, those are really cool” but paraphrase it a bit until it’s not actually what we wanted or needed… Our issues aren’t prioritised as much as would be ideal, and I think this is a really good way to change it!

In our next session, the group enacted one of the first elements of their plan to tackle litter in the school, by putting up meme-based, humorous anti-littering posters they had designed to remind students to use the bins around the school.

These were printed on biodegradable sticky-back paper in order to avoid producing any unnecessary waste, and the group hopes that these will encourage students to make more of an effort to use the bins in their current positions, while they continue to work towards moving them to more useful locations going forward. 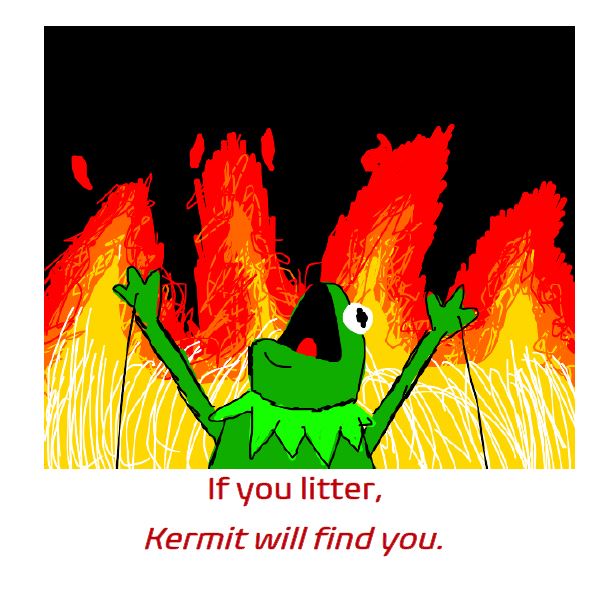 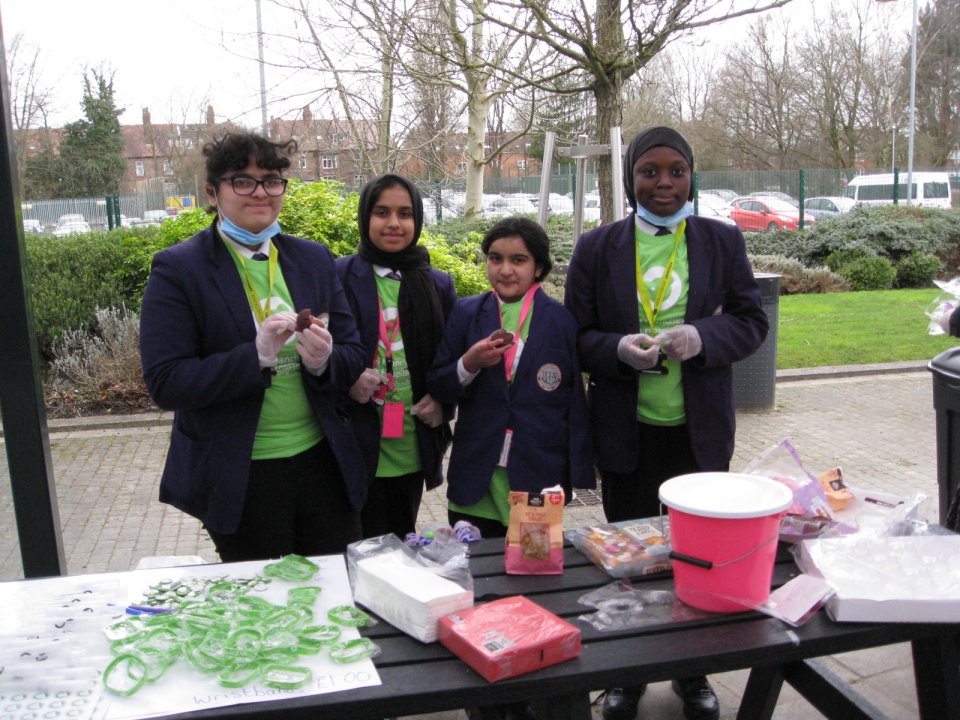 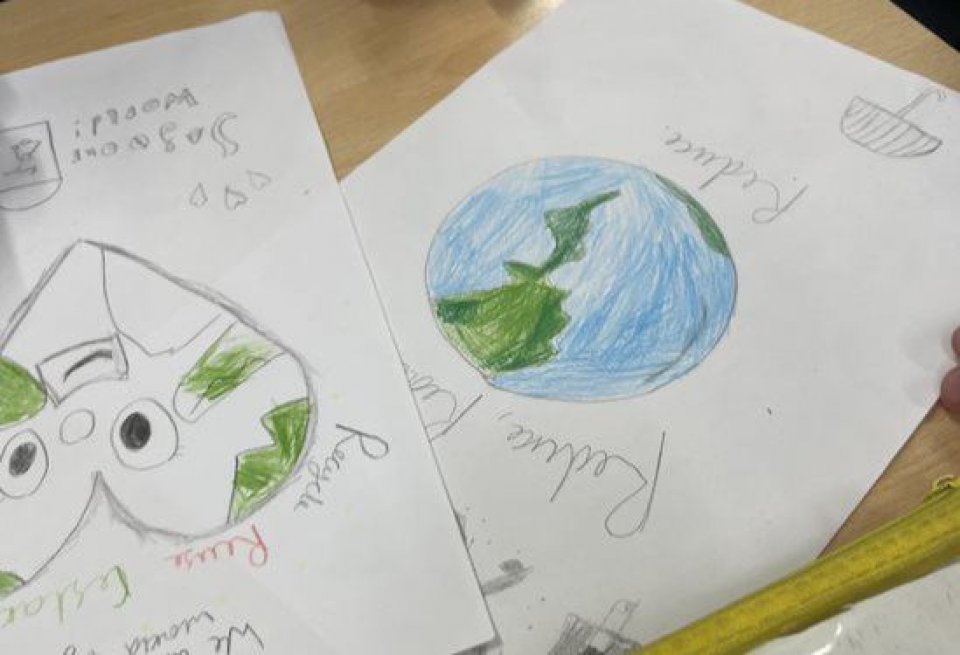