Changemaker Students at Forge run youth-led events to benefit the school and students!
Posted by : Transform Our World 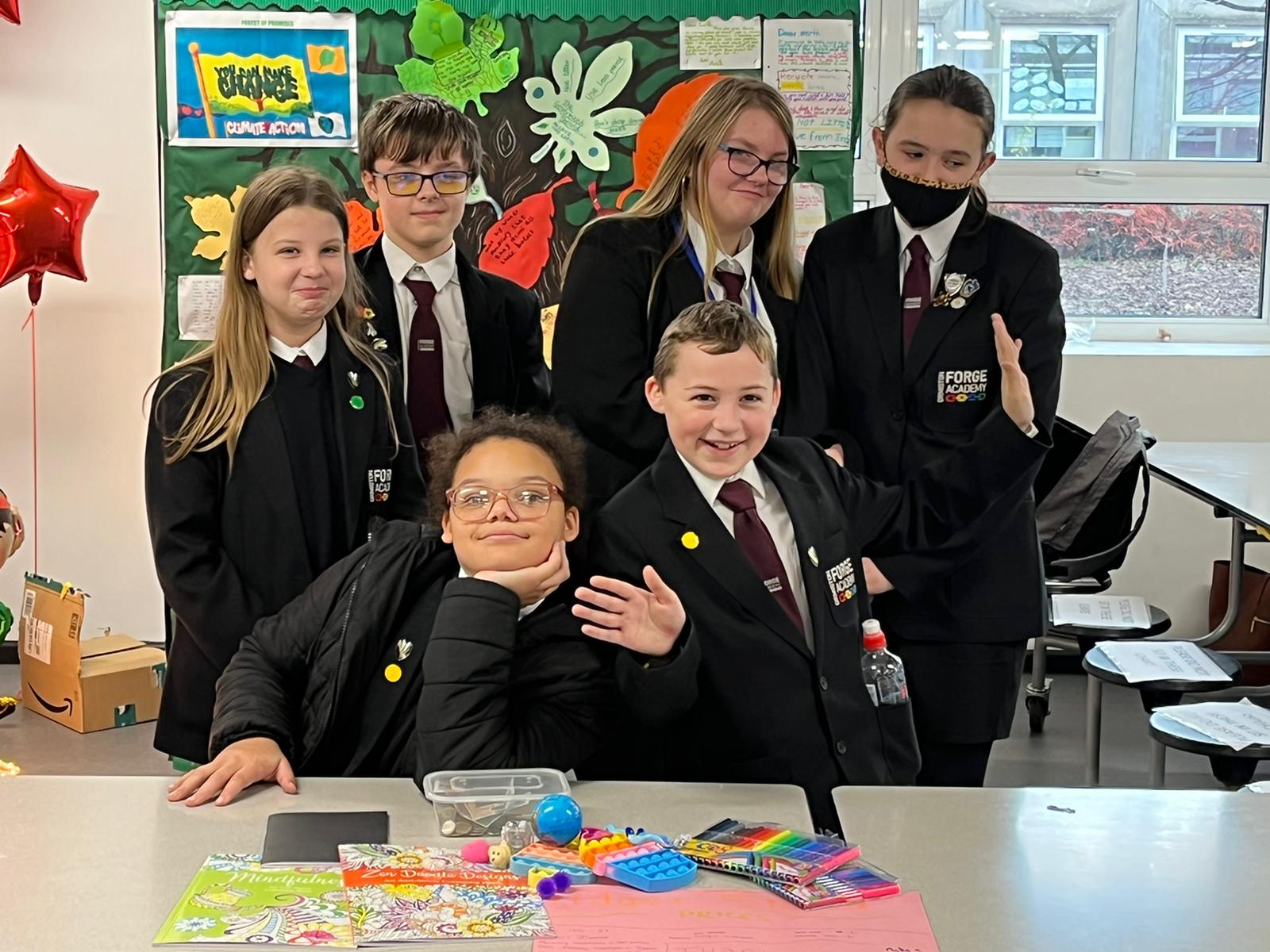 The group had been planning these events for months, with the aim of benefitting the school, students and wider world, and also inspiring other students to take positive action for their school and communities.

The first event was run in the canteen, during lunch on Monday 13th December and involved the group holding a sale of fidgets, mindfulness colouring books and sketchpads to fundraise for the Charity Mind. This event was designed by Liam, Izzie and Izzy from Year 7. They chose to sell these items since they wanted to support the mental health of students at Forge, while at the same time fundraising for a brilliant mental health charity!

Michael Gill, Head of Year 7 who supervised the event had this to say,

"The level of maturity and enthusiasm shown by the group was highly impressive. They were well prepared, ready to share what they had learned and provided a positive, mindful space for all pupils, it was a very popular stall. A great team, a great success." 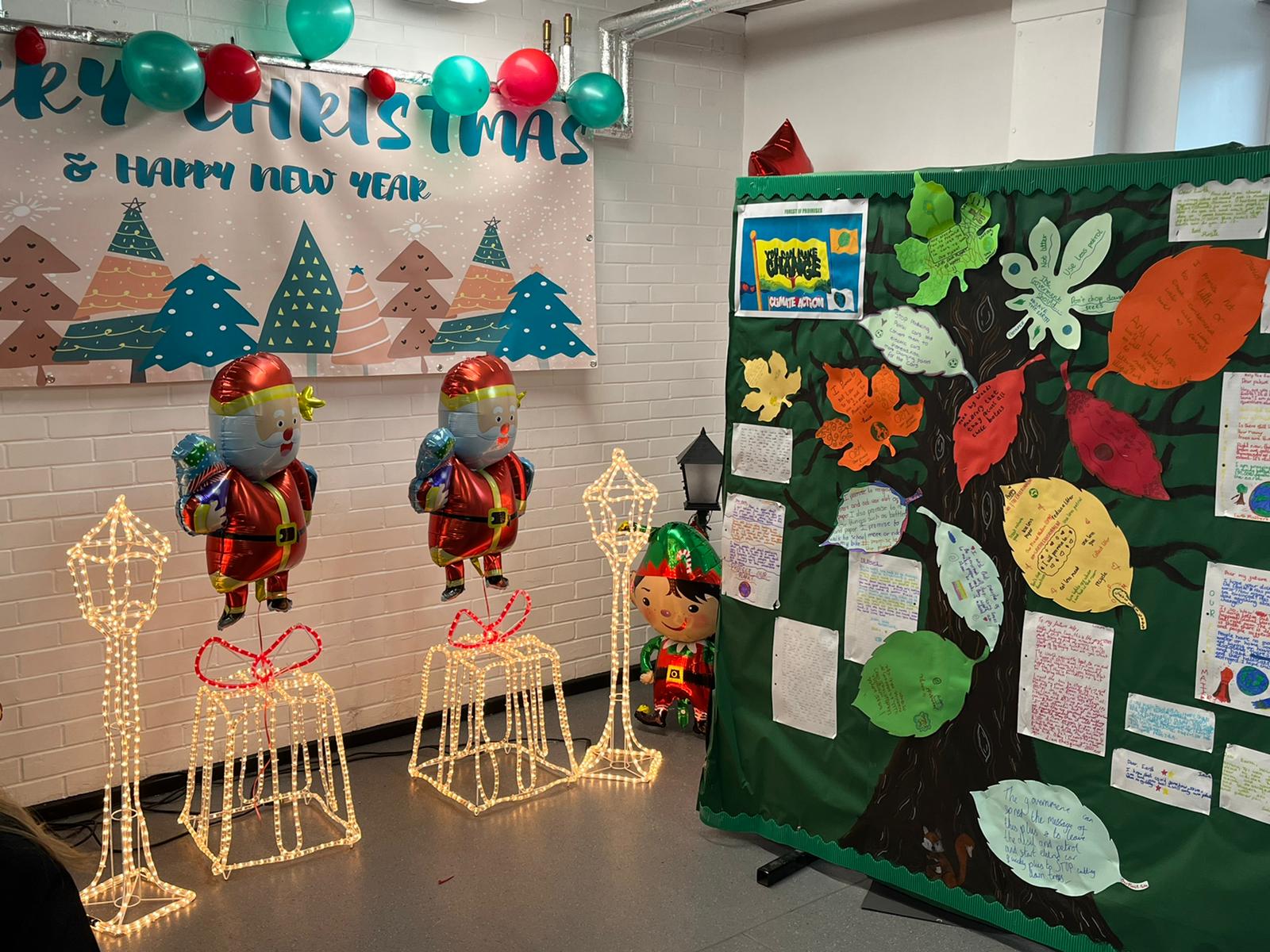 By the end of lunch, the group had sold out and raised a total of £31 for Mind! So, a big thank you to all the students from OPM for organising, and all the students who came by and bought some de-stressing products to support Mind!

The group are launching another project in school in January 2022 and may even run another fundraiser, so stay tuned! 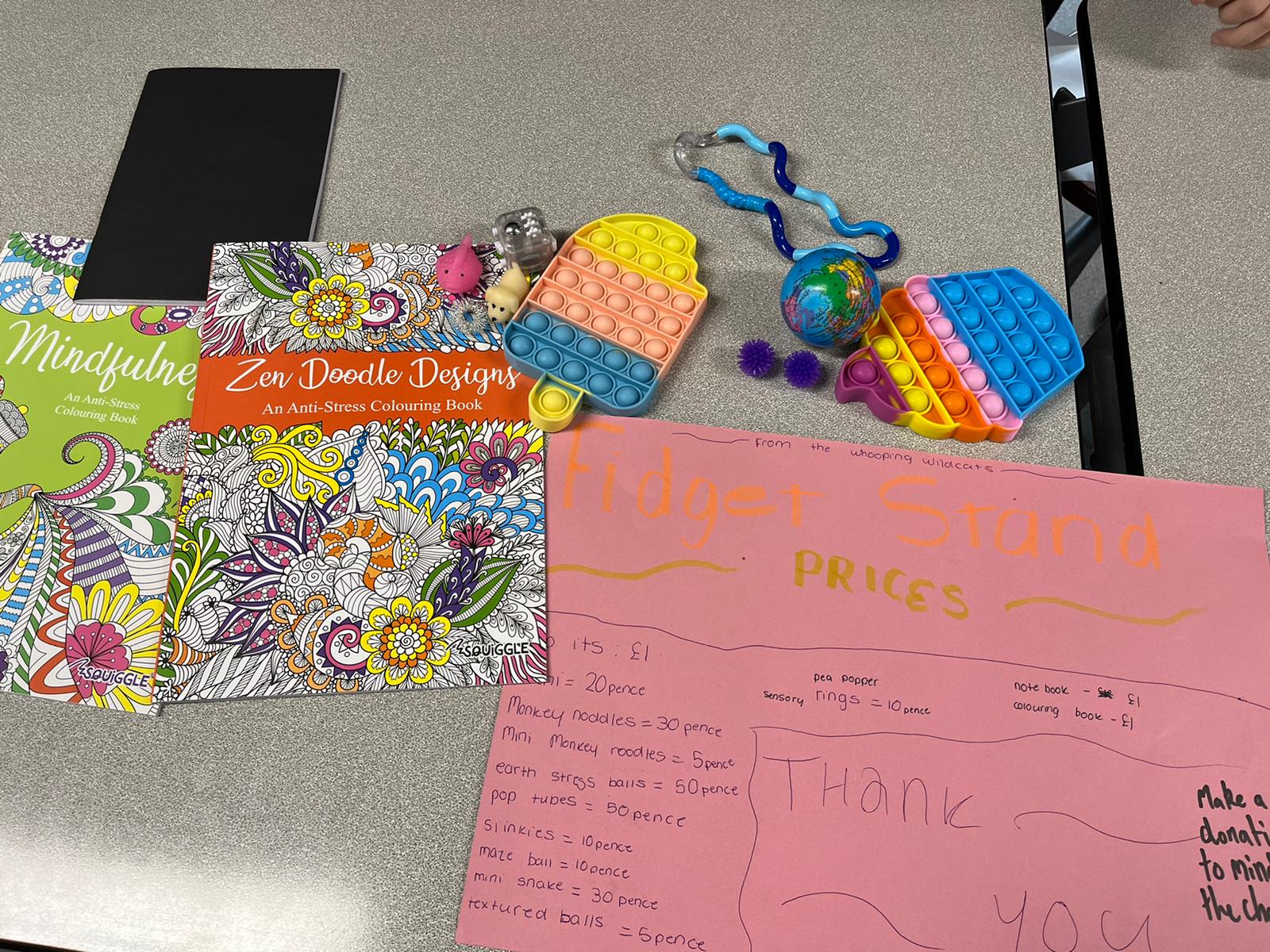 The second event was a litter picking competition that ran over two lunchtimes in December and was focused on improving the school environment while also increasing student awareness of the harmful impacts of littering.

The students responsible for this project (Rosie, Lucy, George, Indie & Courtney from Year 8) wanted to run the litter picks as a competition between Year 7 & 8, to see which group could collect the most litter. Both sessions went really well, with staff reporting that all the students involved worked really hard to collect as much litter as possible. 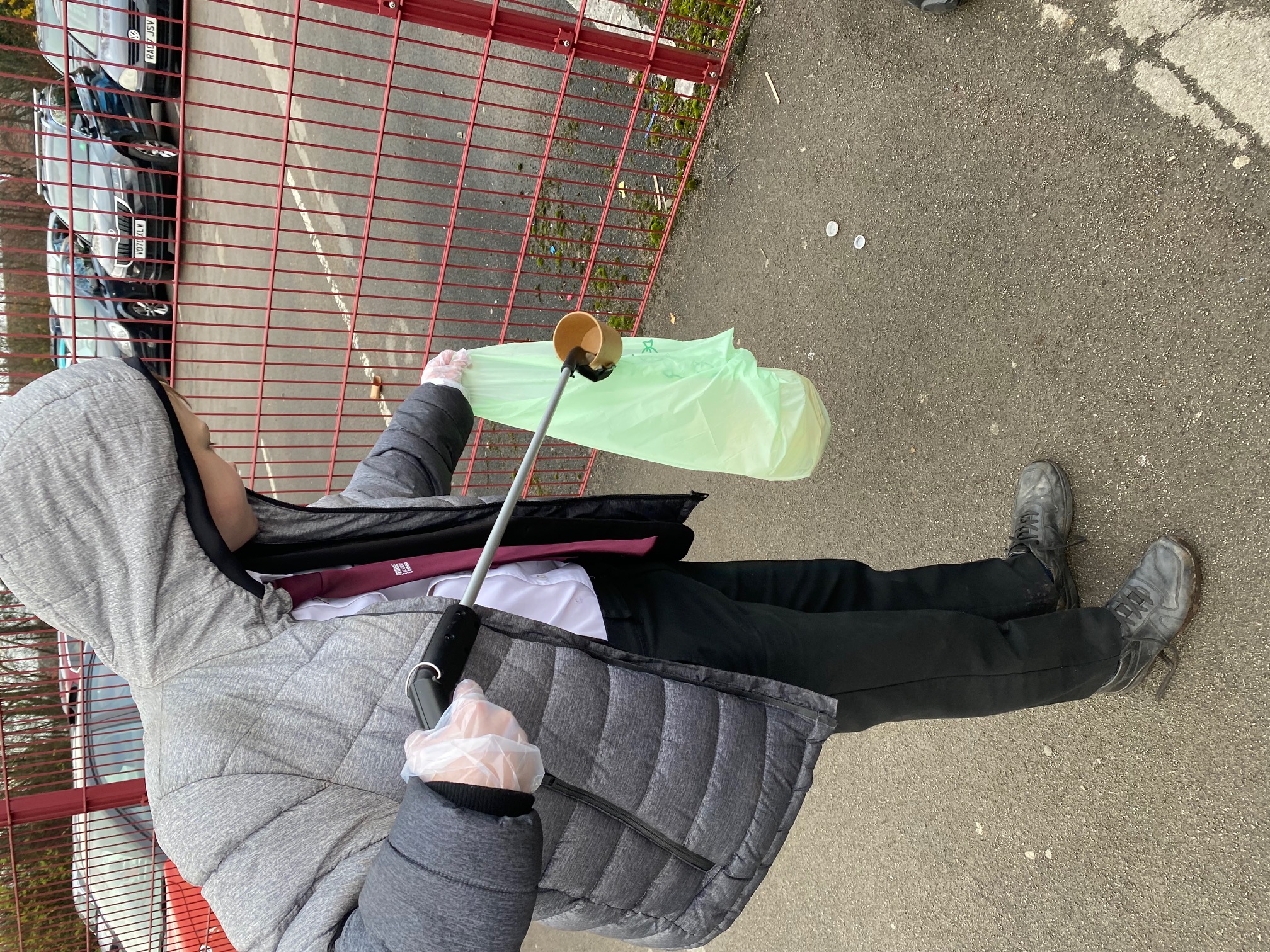 Ms. McCarthy who supervised the litter picks, had this to say,

"the litter picking events both for year 7 and 8 went extremely well. The pupils that volunteered to take part arrived at the start of the event, full of enthusiasm and were very keen to do a good job. They worked in pairs or groups of three and each team was issued with a litter picker, biodegradable plastic gloves, a black bag for waste that needed to be thrown away and a green biodegradable bag for recyclable waste that could be used for the art installation in the new year. By the end of the litter picking sessions over the two days, a total of 9 black bags full of rubbish and 7 bags of recyclable waste was collected from around the school site. Other pupils witnessing the event also wanted to get involved. From January 2022 we will now be holding weekly litter picks, where pupils can help to keep the school site litter free.”

The Our Planet Matters group will review the quantities of litter collected and the winning year group will be announced and will receive a mystery prize.

In January,  we had some lovely feedback from parents about how some group members’ participation had influenced their behaviour at home. One parent explained that her daughter “is extremely enthusiastic about the Environment Club. She comes home talking about her planning and progress and has become a lot more conscious about her own impact on the environment. The Club has taught her how to plan with a budget, how to get others subconsciously thinking about their footprint, and to find alternatives and improvements for current environmental concerns. It's really heart warming to see Lucy so positive and excited about such an important issue. I hope she will continue to use this knowledge throughout her life.”

Another parent mentioned that her son “absolutely loves being in this group, learning and helping the school to improve environment issues. He comes home every week telling us what he’s done, what he has learnt and what we can do at home as well. He loved doing the Fidget Fun sales & litter picking. He has always been interested in environmental issues and has really felt a part of this in the school group too.” 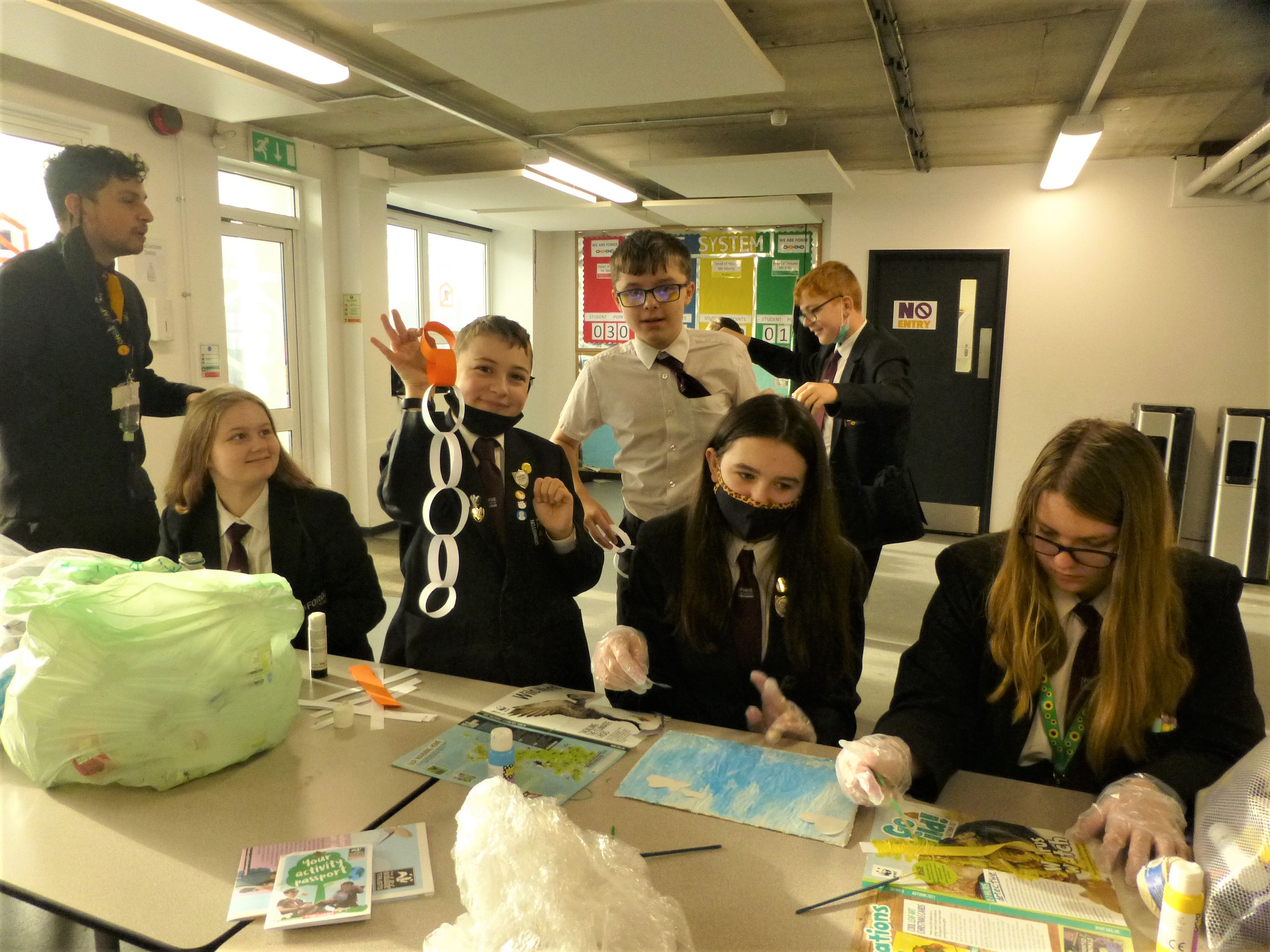 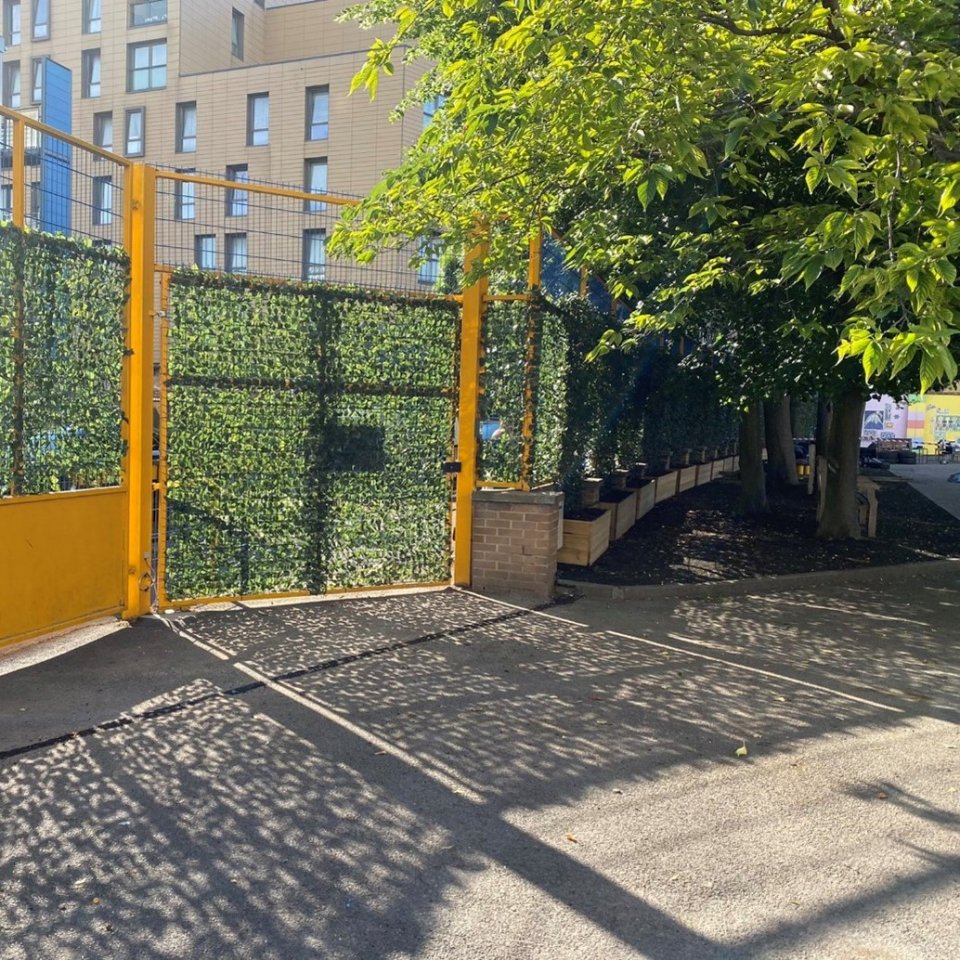