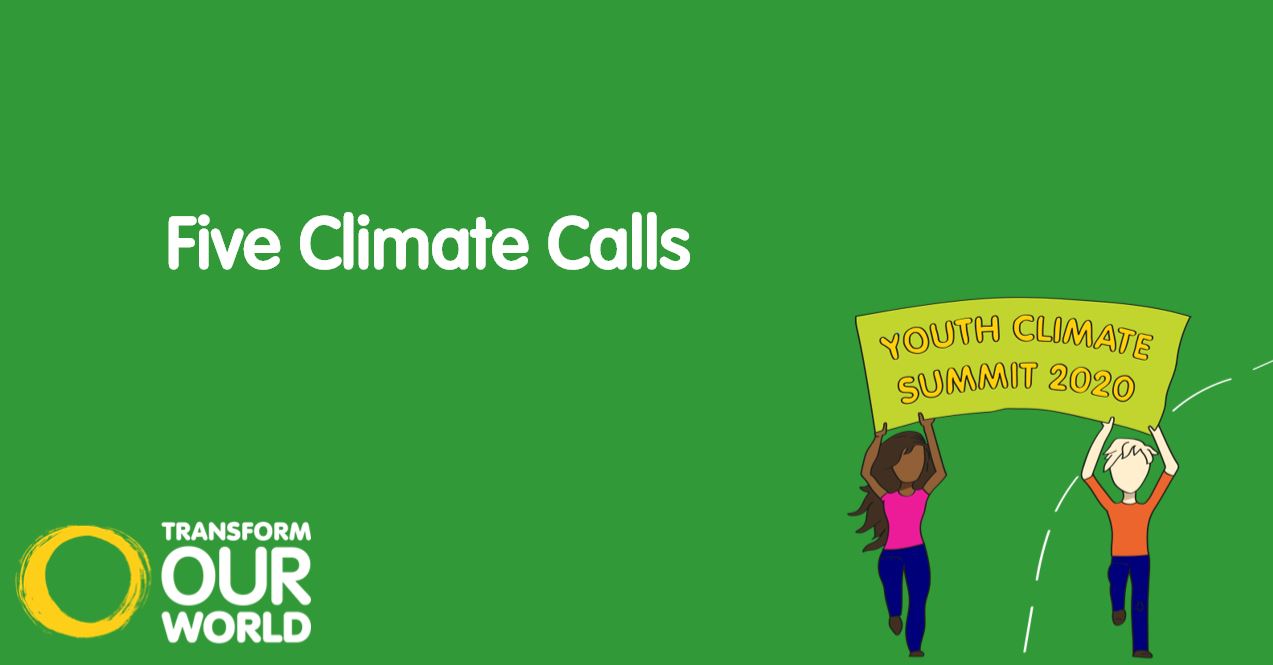 Last week (9-13th November) should have seen world leaders coming together to act on the climate crisis at the COP26 Summit in Glasgow.

Instead, thousands of students from around the UK united online for the Youth Climate Summit, a week of climate learning, discovery and action. The Summit culminated in 5 ‘ Youth Climate Calls’ which Youth Ambassadors will take forward to businesses and government.

This took place over five themed days virtually hosted by primary and secondary schools from around the UK.

The Summit was hosted on the Transform Our World teacher resource hub, coordinated by environmental charity Global Action Plan. The Youth Climate Summit aimed to empower teachers to respond to youth anxiety about the climate crisis and turn student concern and passion into positive action.

The Let’s Go Zero campaign launched during the Youth Climate Summit, was a call to action throughout the week for schools to pledge their commitment to be zero carbon by 2030.

After a session from Britain’s Got Talent stars SOS From The Kids Choir, the week ended in a Closing Finale on Friday 13th November. An expert panel including UK High Level Climate Champion Nigel Topping, Lego’s Head of Environmental Responsibility Tim Brooks and campaigner and social media influencer Mya Rose- Craig aka Birdgirl discussed the climate calls, which were then put to audience vote.

Following on from the Summit, our Youth Ambassadors are presenting the winning calls at a series of events, asking businesses and government to act.

The Youth Climate Calls are:

1)       Set up specialist protection areas for all carbon sinks such as peatlands, forests etc. with a fund that businesses impacting these areas pay into

2)      All new schools to be carbon zero, government and business to help all existing schools achieve carbon zero by 2030

4)      Business and government to accelerate the circular economy

5)      Government and business to make good on the green recovery they keep talking about - starting now, especially with green jobs

Don't forget: 88 hours of free online climate action content for teachers was created at the Youth Climate Summit – teachers can sign up now to join Transform Our World for free and access the videos.

The Youth Climate Summit 2020 is coordinated by Global Action Plan and brought to you through the collaboration of a large group of individuals and organisations.
Find out more about them here.

All content © 2022 Global Action Plan, except for partner content which belongs to the linked organisations.
Global Action Plan co-ordinates Transform Our World and is a charity registered in England and Wales number 1026148, and in Scotland number SC041260. Tel: 0203 817 7636

Thank you for submitting your enquiry! We are currently receiving a large number of enquiries and are trying our best to get back to people as soon as possible.  In the meantime, you might find one of the following links helpful:

If this email doesn't answer your question please get in touch with us again and we will be happy to help.
General Transform Our World

All the best,
The Transform Our World team