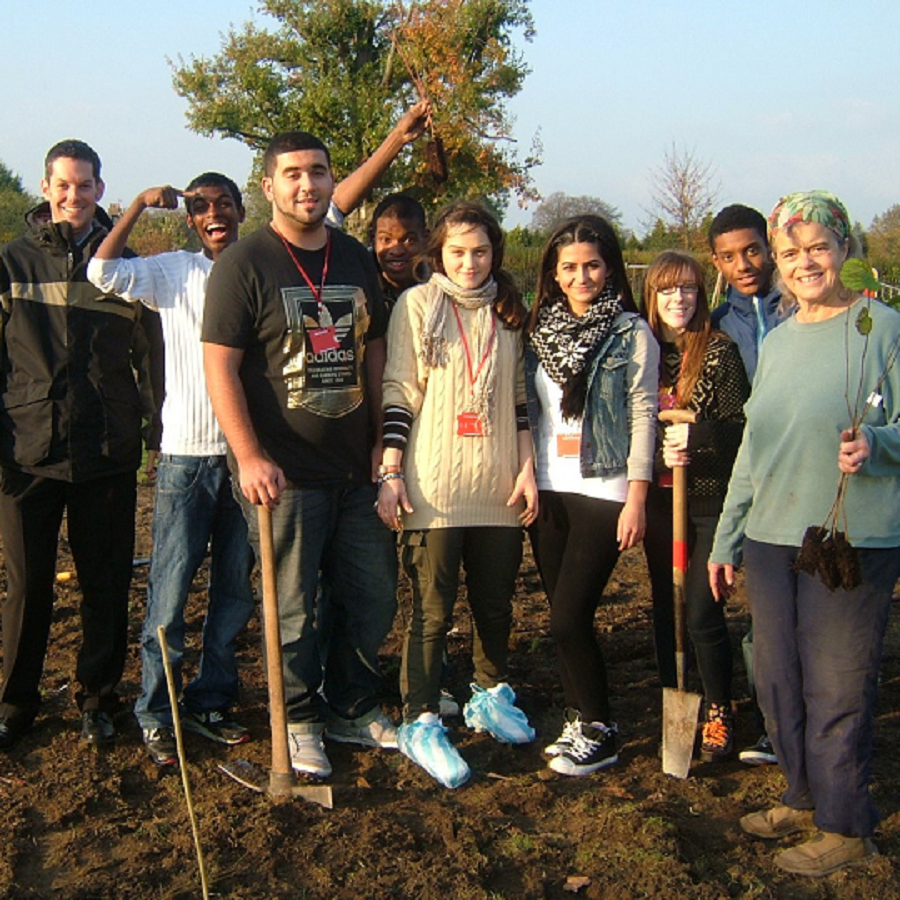 Before signing up to Green Schools Project, Kingsmead School was not exactly a high achiever when it came to environmental action. Lights were often left on in classrooms; windows were left open with radiators on full blast; the recycling system was in place, but not working; litter was on the increase; students only learned about environmental issues if they came up in Geography lessons. In short, they needed some help.

After registering with Green Schools Project, things started to improve. 12 enthusiastic Year 12 students formed an Eco-Team at the start of September and called themselves EPAK – Environmental Protection Agency for Kingsmead.

EPAK set about creating changes immediately. By November they had launched a ‘Recycling Tuesday’ competition and encouraged all year groups to take part. The campaign had a dramatic effect on recycling behaviours. A pre-campaign survey revealed that a staggering 68% of the items in the schools’ rubbish bins were items that should have been in a recycling bin. By the end of the campaign, this figure had dropped to 32%. There was still room for improvement, but this one campaign diverted 3.5 tonnes of waste from landfill over the course of one year.

Starting the Environmental Protection Agency for Kingsmead has had a big positive impact on the school. The sixth form students running the projects have gained skills and experiences that have helped them to gain entry to Russell Group universities, the savings on energy costs has made a real difference, and we are all extremely proud of our Eco-Schools Green Flag.

To improve energy use, and work towards sustainable energy production, EPAK initiated a ‘Save for Solar’ drive. Working with the Kingsmead’s site manager, EPAK were able to better manage the school’s heating system and boiler controls. They then spent time educating and motivating fellow students and teachers to save electricity by turning off lights, projectors, computers and other appliances around the school. The savings made by the end of year one came in at a fantastic £7,500, creating a fund that will be put towards a solar energy system for the school.

In years two and three of the project, two new cohorts of students came together to keep EPAK going. By the end of year three, the Save for Solar campaign had enabled the school to save a total of £37,000 over the three years. But this wasn’t all. EPAK ran a ‘Keep Kingsmead Clean’ anti-litter campaign, held their first ever full school Environment Day, set up a brand-new vegetable garden and, through regular ‘walk to school’ weeks, increasing the percentage of students walking to school from 33% to 50% - evidence, if it were needed, that the ripple effect is strong.

Kingsmead has since been awarded an Eco-Schools Green Flag, proving that they have successfully taken action on multiple environmental issues while also building environmental education into their curriculum.